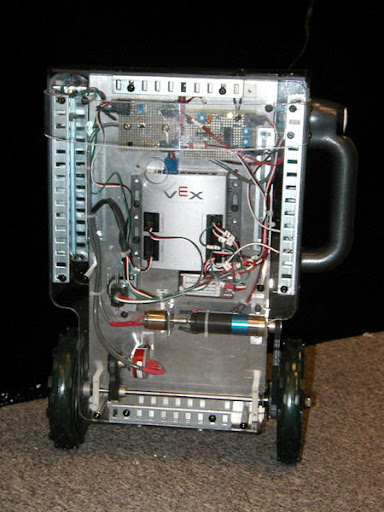 Overview: I was asked to take over the responsibility of these three robots while working at DEKA R&D. The idea behind these robots is to show how an inverse pendulum works, and to demonstrate the concept behind the Segway PT to kids in an interactive exhibit. The robots were built mainly of parts from the VEX robotic design system, and some other sensors.

Results:
Using known technology, three robots were built for the exhibit. One side effect that had not been planned on was the amount of abuse kids can cause to  equipment; thus, the robots frequently had to be serviced. Overall, the exhibit went off without a hitch.

Current status: The robots were designed for the Boston Museum of Science “Star Wars” exhibit, which was  turned into a traveling show. You
can view the robots in the show according to the schedule below.

One thought on “Balancing Robots”