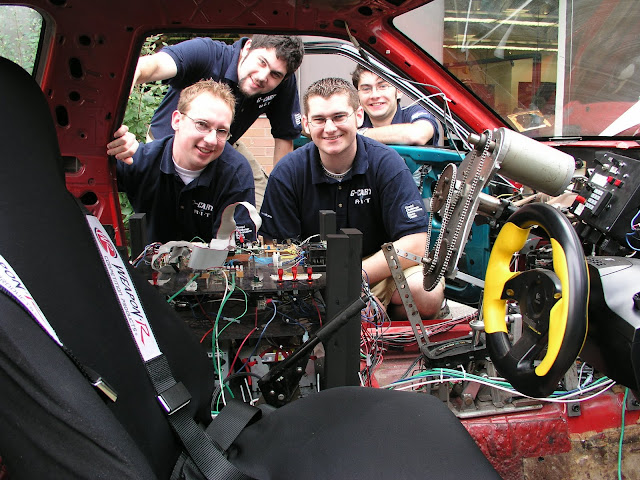 objective: To create an autonomous vehicle which would complete a 100 mile off-road course.

Overview: The DARPA Grand challenge is a robot race designed to enhance the private sector’s R&D in the field of autonomous vehicles. Some peers and I started the team at RIT with that same goal in mind. We each had our own field of expertise and worked simultaneously. I was directly responsible for all of the mechanical systems of the vehicle including steering, braking, throttle control, power generation, and vehicle maintenance.  Our team for this project was very small, which required us to think creatively and do the best with what we had.

Results: The car was successful at basic autonomous navigation following GPS waypoints. The beginnings of obstacle recognition were in the works when the project stopped.

Current status: The DARPA grand challenge was won by Stanford in October of 2005 and since that point not much work has bee done on the car. Technologies developed during the process are still being used in other projects, but officially the GCART Project is finished.