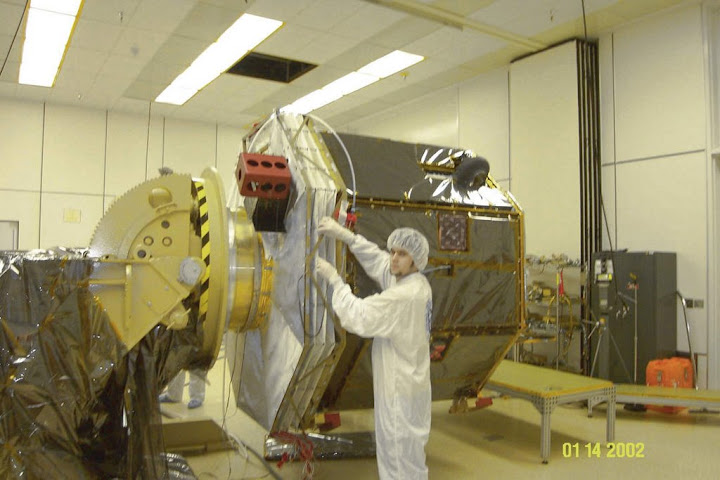 Objective: Develop a system which can be used to determine the amount of comet debris that hits a satellite in orbit.

Overview: The satellite “Contour” was designed for the purpose of doing close fly-bys for comets in our solar system. In order to determine cause/effect of possible failures, it is necessary to keep track of debris hitting the unit. I was working at the Applied Physics Lab and charged with this task. We came up with the idea of using electrical resistance to measure impact. A sheet of semi-conductive Kapton® was determined to have a specific resistance and was used as a baseline for comparison. As comet dust impacted the Kapton and removed material, the resistance of the sheet would increase. I developed a Excel spreadsheet that compared surface area lost with resistance, and analyzed it as a function of debris size.

Results: The Kapton material proved to act in a predictable fashion and was deemed acceptable technology for space flight. The Kapton “pads” were installed on the Contour satellite, which launched in the summer of 2002.

Current Status: Due to an unrelated design flaw with the Contour Satellite, the orbiter exploded 12 hours after launch. Fuel leaked inside the electronics chamber and when it moved into a parking orbit, the unit erupted. While the pads never saw use on this flight, similar systems are being used on the other comet tracking satellites.