The other day I took a shopping trip to shenzen to see what I could find which would drum up some ideas for new products or just pick up some neat gadgets. Anyway my iphone’s power button broke a few weeks before and while it wasn’t a big deal I decided I would see if I could find someone to fix it. Lets just say that I feel confidant I could have asked anyone on the street in SZ to fix it and they would have been capable. For 100RMB (~$16 USD) The guy completely took apart my phone and fixed the problem reassembling it in less than 20 mins. Now I am no stranger to fixing my own electronics but phones are hit or miss with the success of of the new part installs. 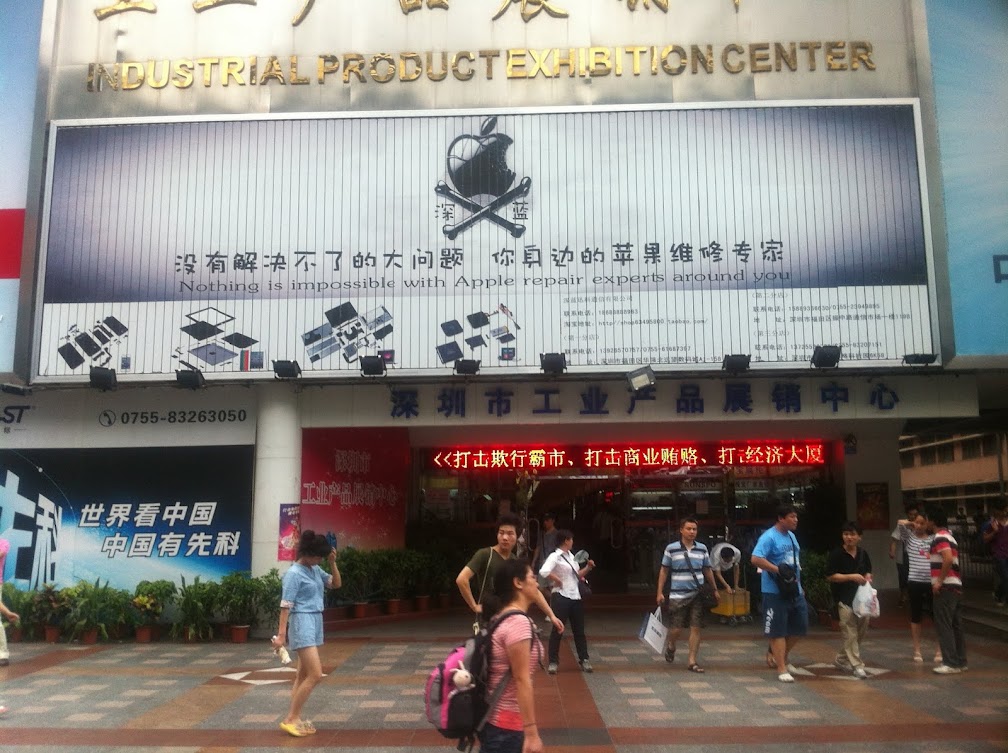 My experience just added to my belief that china is crazy for all things apple. Here are a few examples I have seen.

Fake Apple Stores – These are all over the place at a level which is impossible to comprehend unless you see it. Think Multiple Stores on a single street all selling Fake, Gray market, or Black market Products. Although some of these provide a better customer service than real apple stores as they can fix anything you bring them for very low cost (I’ll get to this in a min) 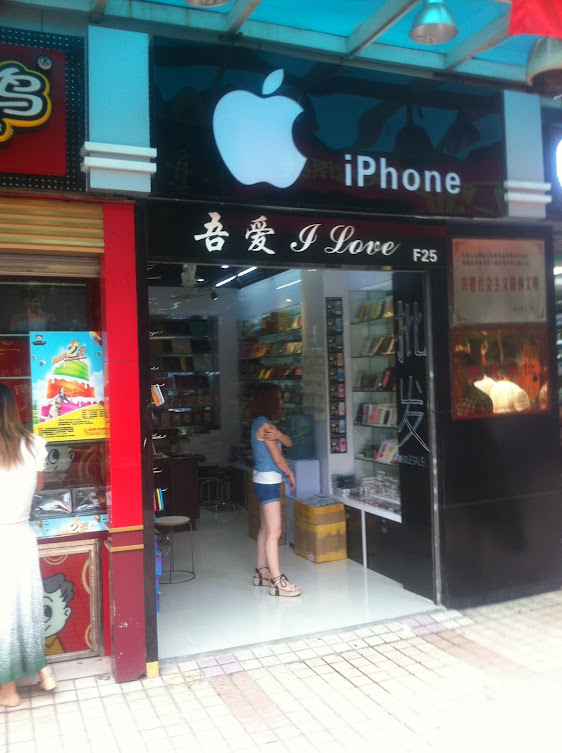 iThis, iThat, Accessories – There are accessories for the accessories. If you ever want to talk about the concept of a saturated market iAccessories (atleast in china) is a great example. I can not understand any company wanting to get into this market. Yes, when the new iPhone comes out there will be a race to be the first, but barring any amazing innovation (like the amplifier I bought) people should stay away from going into this market. 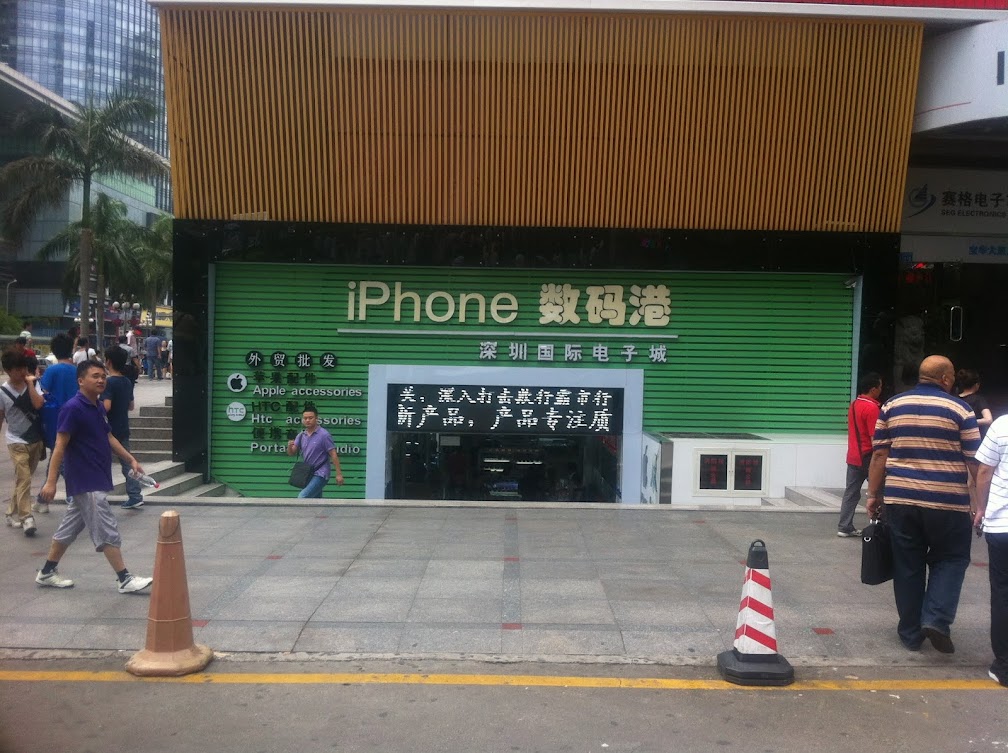 iFixit Live – Perhaps the greatest thing about the shenzen markets is the ability to get anything fixed or modified on the spot. I was able to get a few things that had been bugging me taken care of quickly and for a very little bit of money. My favorite booth was the one with the below photos that honestly had every single component for every single apple product. I had the power buttons fixed on both my 4 and my 3GS and without leaving his booth he was able to fix the phones. I don’t know if these parts are OEM or not, but it doesn’t matter and is truly incredible. Also I needed to get my 3GS rooted to remove the baseband so I can use it in china, he was also able to do that for me without blinking an eye. 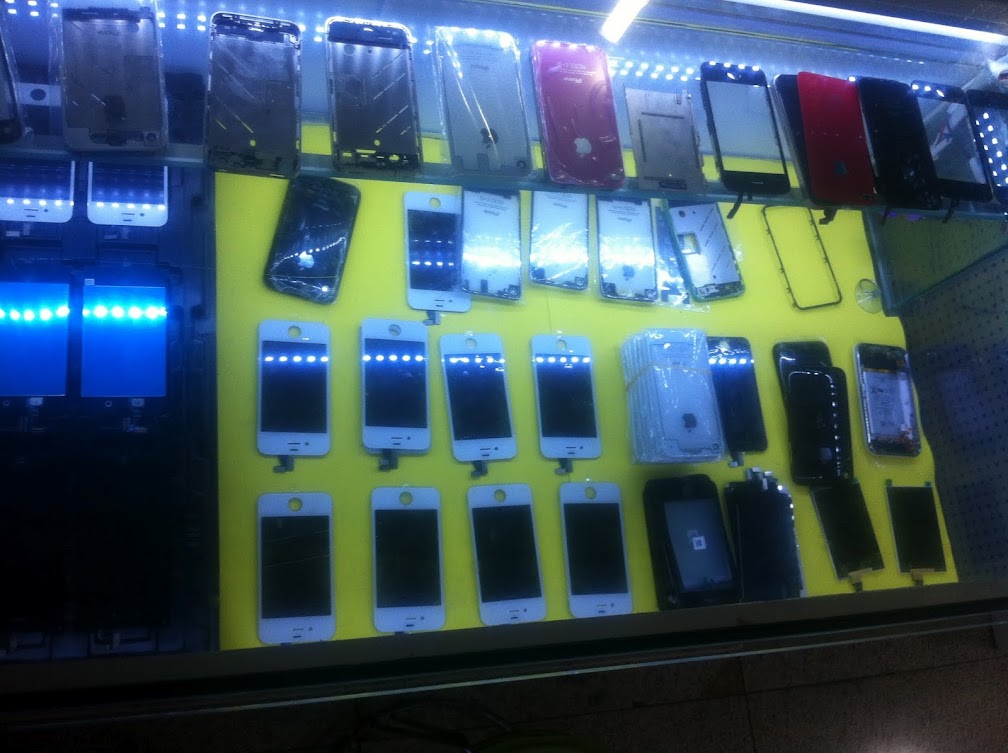 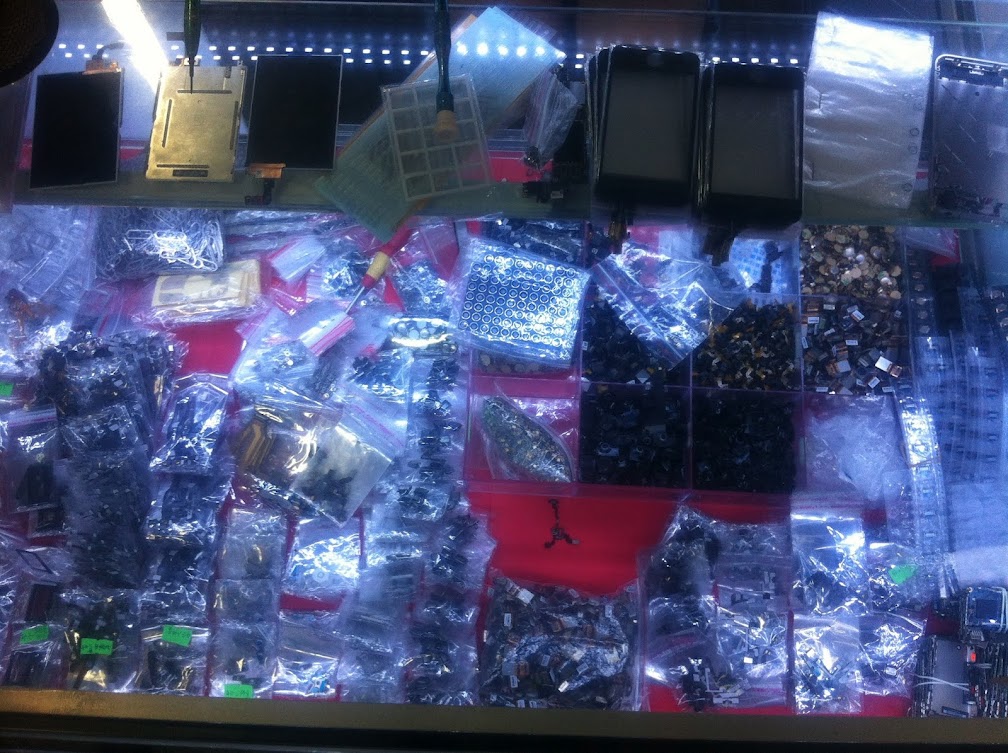 Over 30% of the products made by APPLE are being sold in china, that means that 11.1 Million iphones in the 4th quarter last year when into the country and the saturation of them is obvious, even in the smaller manufacturing towns that I spend quite a bit of my time.